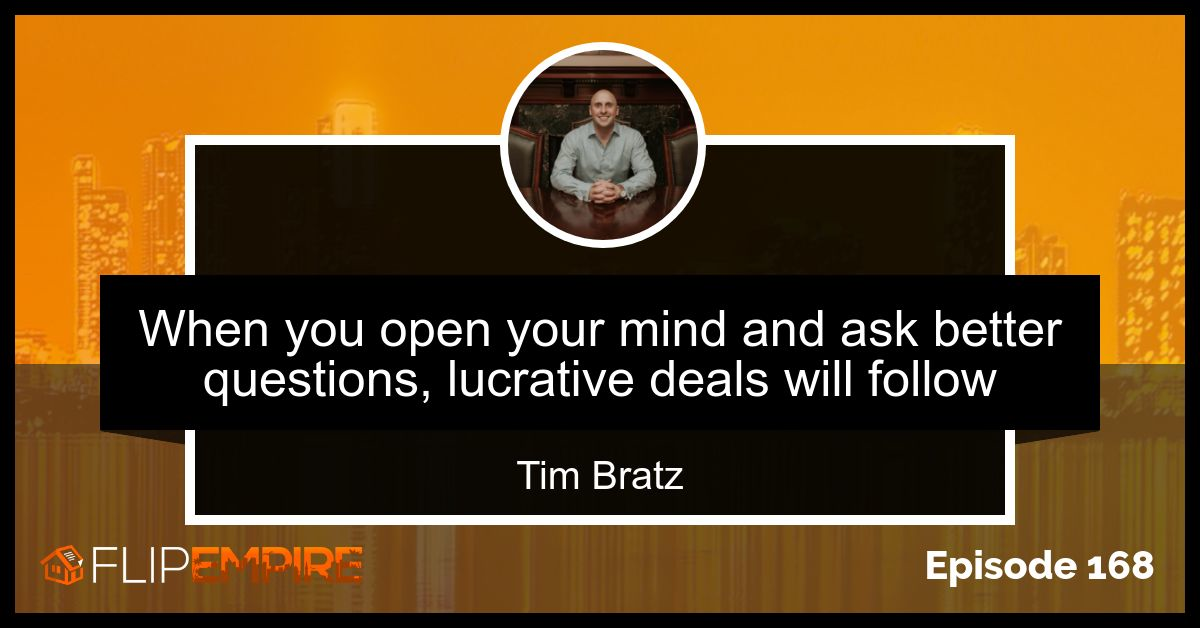 Tim Bratz Dives Deep on Going from Solopreneur to Entrepreneur, Multifamily, Private Money, JV Relationships, and How to Triple Your Income by Tapping Into Your Unique Ability.

Tim Bratz invested in his first house in 2009 and now currently holds over 500 rental units in his own portfolio. He was a solopreneur up until a few years ago, but now with a team backing him, he is able to buy, renovate, and sell over 100 properties per year. On the show, Tim shares an important lesson on why he thought that paying $30,000 for a basketball event was absolutely ridiculous, at first, but by asking the right questions and changing his perspective, he ended up making over $700,000 in business by attending that event.

Sign up for updates about upcoming investment property opportunities.